After two long years of working remotely, various Apiax teams felt it was time to get together in person, enjoy quality time with peers and work on an exciting new project. This evolved into a two-day hackathon in early March 2022, where various teams worked together on different projects.

The idea behind the first Apiax hackathon

The initial idea behind the hackathon was to give different Apiax teams the opportunity to exchange ideas and work with each other, as well as move backlog ideas into fruition that could eventually turn into products that Apiax could offer to clients.

The hackathon saw colleagues from Product Management, Software Engineering, Data Science and Engineering, Regulatory Practice, and Regulatory Engineering come under one roof to share different perspectives and work on projects outside of their daily tasks.

To kickstart planning, everyone who showed interest in taking part in the hackathon was invited into a virtual call to brainstorm potential project topics. The final projects were defined on the first day of the hackathon so that everyone participating was part of the planning process and got a better understanding of potential future product features. This also allowed colleagues to pick the project they would most like to work on, if they hadn’t already.

Eight topics were originally identified, out of which four were selected for the hackathon:

The ‘Help Ukraine Migration’ was one of the first projects to make it into the hackathon due to the topic’s relevance, value and urgency. This project’s goal is to help Ukrainian refugees understand the legal requirements to enter a certain country. The legal content is found in a portal that can be accessed via a simple link in any internet browser. That way there would be no need to download any app that could take space on mobile devices, making the legal knowledge accessible to anyone who could benefit from it.

The current efforts of the Apiax team in digitising rules from country manuals is a repetitive and time-consuming effort. The ‘Country Manual PoC’ project’s aim is to reduce that effort, automatise the digitising-of-rules process with the help of AI and, as a result, reduce the time-to-market for new country rules. This reduces the workload on the content team giving them more time to focus on other important tasks.

The idea behind this project was to use Natural Language Processing to analyse the language of the textual content of Apiax rules. One of Apiax’s important value propositions is to provide binary answers to complex regulatory questions. The aim of this ‘Embedding Requirements and Remarks’ project is to support the Regulatory Engineering team in turning text descriptions of legal requirements into binary answers in Apiax rules.

The ‘Rule Engine Metric’ is a project that has been in the company backlog for over two years. The project consists in building evaluation reports that better help visualise metrics data and give deeper insight into rule evaluations. It also builds immediate value for the Apiax product and for customers.

Hackathon organisation and the winning project

Each project had a team of 3-6 people, with colleagues from different Apiax teams. The first day of the hackathon included project introductions, goals and objectives, as well as starting work on the projects themselves. On the second day, teams finalised (or almost finalised) their projects and presented them to the company.

The winning project was selected by voting among the participants of the hackathon and the attendees of the final presentation, as well as on an online poll for those who could not attend in person. Although taking the trophy home was not the main goal of the hackathon, the winning project will be included into the respective team’s next three month planning. The rest of the projects will serve as ideas and inspiration for team backlogs. And the winner of the hackathon was… the ‘Country Manual PoC’ project!

Key takeaways from the hackathon

We asked colleagues who participated in the hackathon to tell us what they most enjoyed about the two-day event:

This hackathon enabled, for some colleagues, to meet their team members for the very first time in person. “Meeting the people personally that you work with brings a lot of value for the collaboration later. We have team members that I only knew from online meetings, the Hackathon allowed us to connect on another level”, shared Peter Bouda, Head of Data Science and Engineering at Apiax.

Moreover, having so many colleagues felt like a team building event that helped boost morale, expressed Adriana Azevedo, Head of Software Engineering at Apiax. “On the one hand we fostered the team spirit by having a lot of us together after almost two years and on the other, we achieved very good results in such a short time,” she added.

Bringing colleagues from various teams together into one space helps the sharing of different ideas and perspectives, as well as foster creativity into new projects. “Teamwork drives innovation within the company and hackathons make for a fun way to share knowledge and ideas with teammates. It’s a chance not only to get some free pizza but also develop your professional creativity!”, expressed Gabriele Songin, Regulatory Data Analyst at Apiax.

Working in teams where individuals were equally passionate about the project they chose helped boost productivity, agility and innovation, said Thomas Suter, Apiax’s CTO and Tech Lead. “We were able to create prototype applications and draft ideas very quickly in a high quality. Just came to show that you can never underestimate the creativity unleashed during such an event”, he expressed.

To this, Peter Bouda, Head of Data Science and Engineering, added: “We worked very focused on our projects and we were able to prove the value of approaches that we will now pick up for product development and I think this was a great outcome”.

Tony Fiusa, Principal Engineer at Apiax, believes that hackathons help teams visualise ideas and turn them into tangible projects and products. “Sometimes the visibility and value of some ideas are difficult to see or even explain, in my opinion, with hackathons and the PoC they produce, we can better visualise the potential of an idea. It is also a good excuse for people to be together”, he concluded.

What to expect from future Apiax hackathons

In addition to bringing peers from different teams into the same space to share ideas and work together, future hackathons will also include projects that help the development and innovation of Apiax’s embedded compliance solution and products.

All participants are already looking forward to the next hackathon, which will happen later this year. Stay tuned! 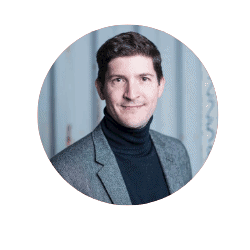 Whilst RegTech automatically solves and implements routine inquiries, compliance officers are empowered to focus on their core business objectives: manage risks on a strategic level and seize opportunities.